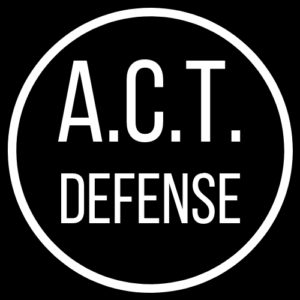 As is typical on social media (and too often among self defense instructors and students), many things that are actually complex topics get so boiled down to single statements that the context gets lost. When things like that happen, what could’ve been good advice can actually turn into bad advice that could land you in trouble.

Below is a post recently floating around on Facebook about concealed firearms carry. Original post topics are in the bold italics. My critiques are below each point. 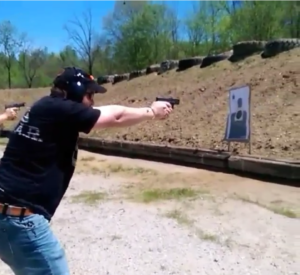 Some words to the wise. Shooting Advice from various Concealed Carry Instructors. If you own a gun, you will appreciate this. If not, you should get one and learn how to use it:

First, none of this is technically advice on how to shoot better. If your firearms instructor distills these things down to simple one-liners without being able to logically explain to your satisfaction his reasoning behind it, find a better instructor.

If he says something like “I was a cop/military/instructor for X years” or “this is the way we’ve always done it”…find a better instructor. Those are credentials, not reasons. Also, being able to shoot fast and accurately does not necessarily mean he can transfer knowledge or teach well.

I don’t blanket say anyone or everyone should get a gun. Some people are not mature enough to properly wield that power and responsibility.

I’ve had civilian firearms students that did have the maturity but didn’t want to bear the responsibly. And that’s absolutely fine. It’s a free country after all.

Owning a gun is a right if you choose to exercise it. But if you do, it is your responsibility to get proper training and education on its use! Which is the reason for this article.

A: Guns have only two enemies: rust and politicians.

Yes, you should perform proper maintenance on your guns.

B: Its always better to be judged by 12 than carried by 6.

If this is as far as your instructor goes when it comes to self defense law or use of force justification, he’s not just preparing you to be a better shot. He’s preparing you to go to prison.

I recommend reading Deadly Force: Your Right To Self Defense by Massad Ayoob. This book goes into great detail on self defense law. Get yourself a copy. Then get your attorney a copy.

Since most self defense training courses are focused on building physical skills, there usually isn’t enough time to cover the legal issues thoroughly. Take the time and effort to read the books. You absolutely must make yourself familiar with the law!

This way you’ll improve your chances of not being carried by 6…nor judged by 12.

C: Cops carry guns to protect themselves, not you.

Yes. This one is true. The police’s job is to investigate crime and enforce the law. Their job is not to bodyguard. That said, most cops I personally know would step up to protect someone if they can.

D: Never let someone or something that threatens you get inside arm’s length.

Ever stood in line at a convenience store or restaurant? Ever sat next to a stranger at the movie theater? We let people within arm’s reach all the time.

Some criminals are experts at getting under your radar by being initially non-threatening. You can improve your assessment skills if you know what to look for, but don’t for one second think you can’t be caught off guard. If you could, there would be very little reason to train. You would just leave the area. If you’re training, you are by default admitting you can be caught off guard.

Besides, weapons often get deployed mid-fight in the clinch. You had better be backing up your shooting skills with some unarmed skills.

Guns alone are not a magic talisman!

E: Never say “I’ve got a gun.” If you need to use deadly force, the first sound they hear should be the safety clicking off. (I prefer the sound of a slug being chambered when you cock a shotgun).

Yes and no. The situation determines your tactics.

If it were a home invasion in the middle of the night, assuming you can’t outright escape or you don’t need to move into another room such as needing to collect your children, a good strategy could be barricading yourself in your bedroom with the gun ready. Call the police. Let the invader know you’ve called the police and that you’re armed.

If he’s just there to burglarize your home, he’ll likely leave. If he’s there to rape or murder, there’s a greater chance that he’ll leave upon knowing he’s going to face deadly resistance…as well as the police.

If a fight ensues anyway, it’s unlikely that him knowing or not knowing you’re armed will make a significant difference.

You shouldn’t be too eager to shoot and kill someone.

For one thing, will you survive the legal battle that will ensue? A civil suit could follow even if you are cleared of any criminal charges. And then there is the psychological and social aftermath that could follow.

Generally speaking, I am of the mindset the first sound he should hear is the bang of my gun should I need to shoot. Pumping a shotgun or switching off a safety takes valuable time. But that’s mostly a physical training issue.

Again, yes and no.

I agree that your safety is a primarily your personal responsibility. But the danger of these one-liner clichés is that they can be mistaken to mean you have outright permission. If you can call the police first, you should.

I’ve never said anything like this in any of my defensive firearms courses. I don’t want to subtly build the eagerness to shoot first, ask questions later. I want to build a student’s ability to assess the situation as well as he can and then make the best decision possible.

Again the situation dictates the tactics.

G: The most important rule in a gunfight is: Always win – cheat if necessary.

For civilian context, no. The most important rule is to survive.

What exactly do you mean by “cheating?” If an instructor doesn’t specifically define this, a student could interpret this as “bending” or even “breaking” the law.

If you go outside the bounds of the law, you will most likely be caught. Then any self defense claim you make will be sullied or nullified and you’ll get in serious trouble.

H: Make your attacker advance through a wall of bullets . . . You may get killed with your own gun, but he’ll have to beat you to death with it, cause it’ll be empty.

If you’re in a gunfight:

In a general basic sense, if you’re not shooting, you should be moving. You can load and move simultaneously quite easily. Learn and practice that skill.

If you’re behind solid cover and can watch your flanks and rear, maybe holding your position for a moment is a good thing. It could allow you to reassess and correct your strategy so that you can improve your circumstances.

Most civilian self defense shootings are resolved after 2-5 rounds fired from the defender. By resolved, I mean that he’s either down, he’s fleeing, or he’s given up in place.

Legally speaking, you must stop shooting when the threat stops. You can’t empty your magazine into him after he’s down, fleeing, or has otherwise stopped his attack. You can’t chase him down and shoot him. You aren’t justified by default in emptying your magazine.

That doesn’t mean you have to put your gun away and let your guard down. It’s also more tactically sound to not waste rounds on an already defeated threat.

How about getting some good training so that you know the right things to do!

My recommendation is to do your research and get training that goes beyond a basic concealed carry or NRA course.

As far as having “grown up around guns” and being able to shoot a beer can off a fence post…get real!

I grew up around guns and could hit a target and I didn’t know Jack shit about actually using a firearm in a self defense context. At least not until I started getting proper training.

You need to know at a bare minimum: presentation from a concealed holster, moving off line, balancing speed and accuracy, slide lock reload, and high compressed ready position within 9-15 feet (the distance of where about 85% of defensive shootings occur according to Tom Givens’ research).

K: If you carry a gun, people call you paranoid. Nonsense! If you have a gun, what do you have to be paranoid about? (I call it being prepared).

Just having a gun doesn’t mean you’re prepared. You must train properly and frequently! And just practicing to hit a bullseye each time you go to the range isn’t training. It’s plinking. It’s just having fun.

Anytime you go to the range, you should go with a training plan with specific goals. This will make for the most efficient use of your time, effort, and money.

L: You can say ‘stop’ or ‘alto’ or any other word, but a large bore muzzle pointed at someone’s head is pretty much a universal language. AMEN!

Again, don’t be so eager!

If you have the time to say “stop!” before shooting, you should probably try that first. In fact, the cops or lawyers will likely ask you if you asked or commanded for the opponent to stop.

Granted, you may not have that opportunity. Say it with me… “The situation determines tactics.”

M: You cannot save the planet, but you may be able to save yourself and your family.

Also try to keep yourself outta prison while you’re at it!

If you believe in the 2nd Amendment, please forward.

Actually, please forward this article along with it.

Let’s get better educated about the 2nd Amendment and defensive firearms so that we can have logical, informed conversations with those that don’t understand or are ignorant of these topics.

I’ve had many friends over the years that are somewhat anti-gun. Many are scared. They only see the violence, death, and crime. Others are simply uneducated.

But most of them respect me and seek me out for opinions and answers on these issues. I believe it’s because I reply to them as an educator with logical reasons; not an ideological zealot who parrots mindless clichés.

As far as anti-gun ideological zealots go, they won’t hear reasons or clichés. So I don’t bother trying to convince them or win an argument. You’re not talking to an individual at that point. You’re talking to their ideology.

Make yourself an educated individual! 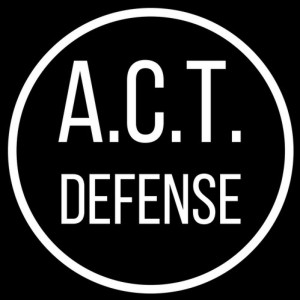 Michael Tucker is the chief instructor at A.C.T. Defense. He holds an advanced rank in Bujinkan Budo Taijutsu and is a Sentinal International Group Instructor. He has also successfully completed instructor development courses in Tony Blauer’s Personal Defense Readiness/S.P.E.A.R. System Basics and Rob Pincus’ Combat Focus Shooting. He has over 28 years experience in martial arts. He has worked as a Contractor for the US Department of Defense while training soldiers and DOD personnel before deployment to high-threat environments in hand to hand combat, improvised weapons, pistol and carbine shooting, and tactical driving. He as also been contracted to develop personal safety courses for Southern Company, Samford University, The Birmingham YMCA, KlassKIDS Foundation and others. He continually studies how human movement, behavior, psychology, physiology, and training methodology relate to the practice of martial arts and surviving violence.